Jamaica Union Conference is a website of the Seventh-day Adventist church in Jamaica.

Seventh-day Adventists are devoted to helping people understand the Bible to find freedom, healing, and hope in Jesus.

by Danielo Daniels
The Administration and members of the North East Jamaica Conference of Seventh-day Adventists (NEJC) are deeply sadden by the passing of Pastor Donald Mwamwifu, who died on Monday, July 4, 2016 at his home in Manchioneal, Portland,  after a long struggle with ill health.  He was 56. 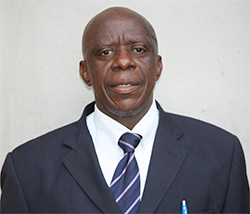 Pastor Mwamwifu
Pastor Mwamwifu, who was born in Tanzania, immigrated to Jamaica during the 1990’s and enrolled at the West Indies College (now Northern Caribbean University) where he completed a Bachelor of Arts degree in Religion and Theology.  After  graduation, he was employed to the West Jamaica Conference as a Teacher at the Savanna-la-Mar High and Preparatory School.  He also served as a District Pastor in the West Jamaica Conference.
During his Pastoral Ministry in Jamaica, Pastor Mwamwifu also served the North and North East Jamaica Conferences.   He was greatly loved by the pastoral districts to which he was assigned; these include the Bamboo District of Churches in St. Ann, and the Hunts Town and Manchioneal Districts in St, Mary and Portland, respectively.
A unique individual, Mwamwifu dedicated his life to service through active ministry for the past eighteen years and he witnessed 202 individuals surrendered their hearts to Christ during his ministry in North East Jamaica Conference.  He was very passionate about one-on-one evangelism and reached out in every way he could to as many persons as possible.
Announcements for the Thanksgiving Service will be made available as soon as the arrangements have been finalized.