Jamaica Union Conference is a website of the Seventh-day Adventist church in Jamaica.

Seventh-day Adventists are devoted to helping people understand the Bible to find freedom, healing, and hope in Jesus.

It took a few seconds for Antony Guevara of the West Venezuela Union to hear his name announced as the top winner at this year’s Inter-America’s territory-wide Bible Connection Final competition held earlier today from Montego Bay, Jamaica.

Finalists representing each of the 24 unions of the Inter-American Division (IAD) territory answered 96 questions on the Book of Revelation and several chapters of the Great Controversy—a book written by Adventist co-founder Ellen G. White. 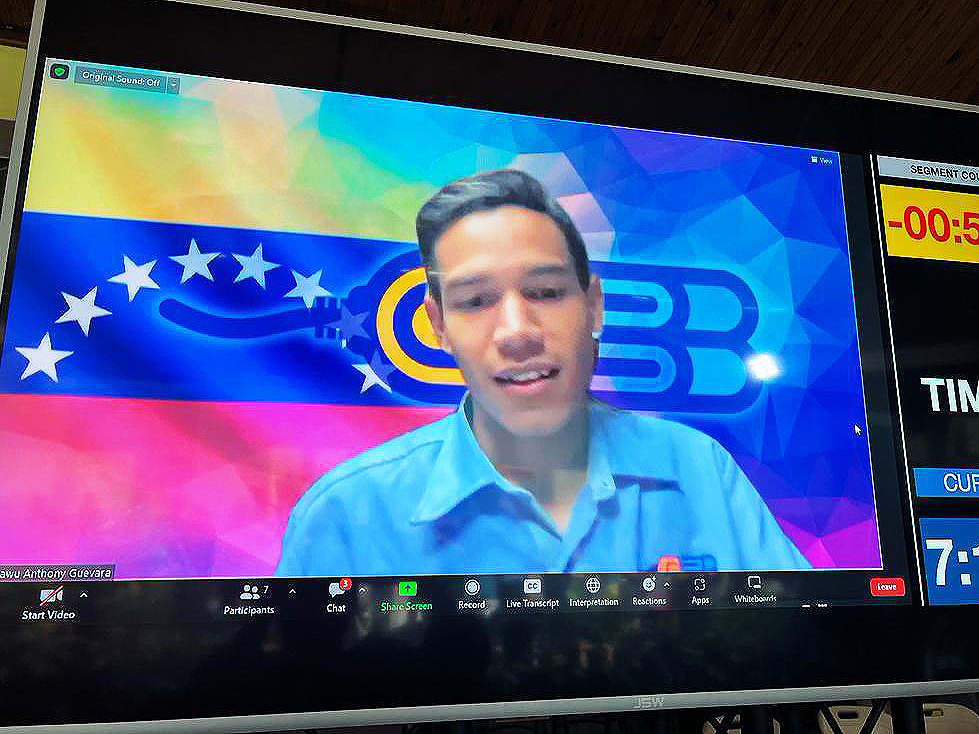 Antony Guevara of the West Venezuela Union became this year’s Bible Connection top winner during the territory-wide competition hosted in Montego Bay, Jamaica, on Nov. 19, 2022. Guevara was one of five finalists who took part in the annual event from their home country. [Screenshot photo: Libna Stevens/IAD]

Guevara, 23, who was unable to travel to Jamaica due to visa issues, was watching his computer screen when his name was called. He had been battling with internet connection right before the competition began, but he pushed through and cracked a smile while a crowd of finalists, leaders and church members applauded his accomplishment from the Noel Fraser Auditorium in West Jamaica. He scored 1,195 total points after in a time of 15:20.

Guevara, who is a teacher at the Yaritagua Adventist School in his home country, won a brand-new computer, a medal, certificate, a trophy, a tablet and will get to choose a scholarship from three available Adventist universities in the territory.

Daniela Lobaina, 23, of Cuba could be seen nervously moving on her seat in front of her computer awaiting the results when she heard her name as the second place winner. She wiped her tears of joy and was embraced by several persons who were near her computer monitor. She too was not able to travel to Jamaica and had to answer bible questions online. 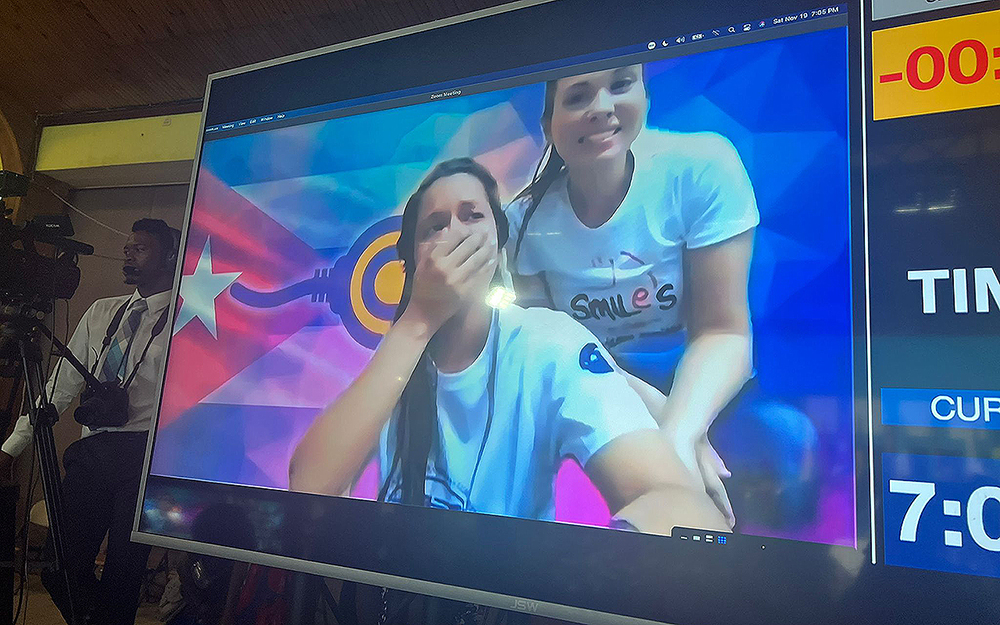 Daniela Lobaina of the Cuban Union could hardly contain her excitement as she was announced second place winner during the annual Bible Competition finale. [Screenshot photo: Libna Stevens/IAD]

Lobanina took the second spot with a score of 1,195 points and a completion time of 18:10. Lobaina, who is a violinist and cellist in her home country, will get to choose a scholarship. She will receive an iPad a medal, certificate, trophy, and tablet and an iPad.